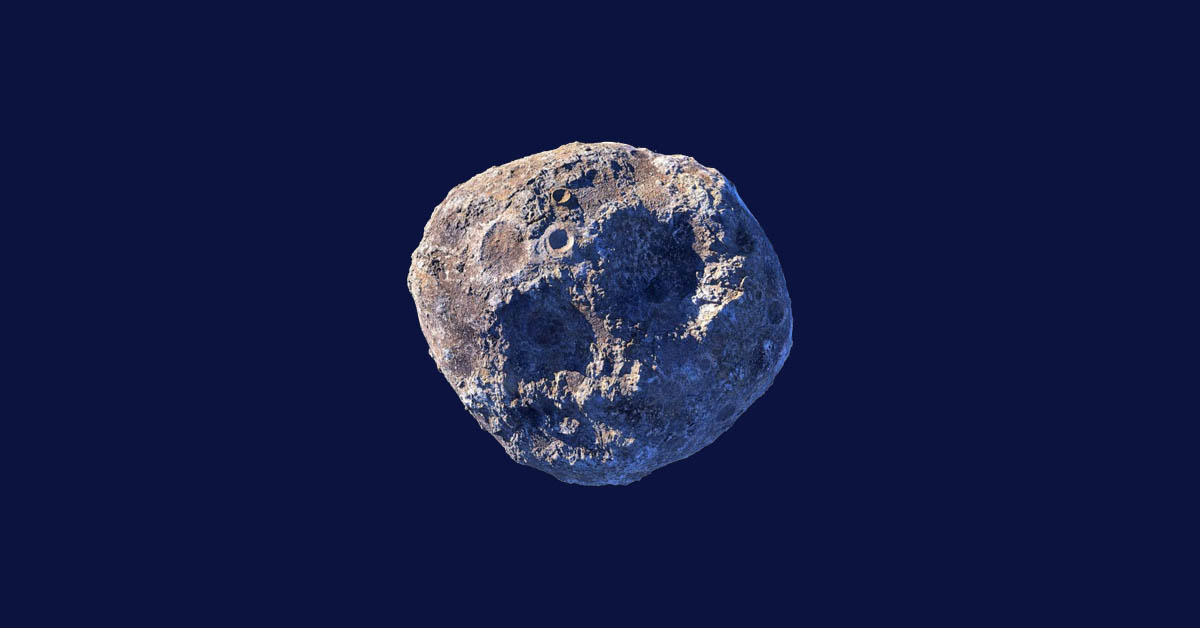 If you’re thinking an asteroid strike will solve your tax problems, think again.

Roughly 180 million miles into space, between the orbits of Mars and Jupiter, astronomers have found millions of asteroids — solid rocks that failed to form a planet. Most of the time, those asteroids coexist quite peacefully with earth. However, occasionally one drops out of the belt to check us out a little closer. If one hits us, it could literally mean the end of civilization. So it behooves us to learn as much as we can about these celestial companions. Sixty-five million years ago, the dinosaurs failed to plan — we all know how that turned out!

Last week, NASA launched an unusual probe towards one random rock. Next September, the probe will hit the asteroid at approximately 15,000 mph to test the limits of kinetic impact deflection. In other words, we’re trying to nudge it out of orbit just slightly enough to see if that could protect us from a planet-killer heading straight towards us. The test can’t come soon enough. In August, scientists announced that the asteroid Bennu, the size of the Empire State Building, has a 0.037% chance of making September 24, 2182, a terrible, horrible, no good, very bad day.

The first level of IRS emergency preparedness deals with day-to-day disasters like hurricanes and earthquakes. These responses focus on helping taxpayers manage business as usual until things return to normal. They include predictable strategies like helping protect and reconstruct records, documenting valuables and equipment, checking fiduciary bonds (to protect yourself if your payroll processor goes bust), and updating your emergency plans. The Service also generally pushes back filing deadlines in affected areas to give taxpayers more time to recover.

But the real action for IRS planners involves “continuity planning” for existential threats like biological warfare, nuclear winter, or an asteroid strike. IRS officials have been planning since the Cold War days for solutions to help restart tax collections within 30 days of the emergency. These include stationing government agents in the usual hollowed-out mountain bunkers to hand out cash to restart the economy and deciding which pre-disaster taxes to give up trying to collect.

The ultimate “Plan B” in case an asteroid makes its way through our defenses involves ditching income taxes altogether in favor of a sales tax, probably in the 20% range. Sales taxes would certainly be easier to collect in a land with no more 1099s or expense reimbursement forms. And, like any consumption tax, it would encourage survivors to save as much as they can, which they could use to help rebuild the country. Just think — rooting for Team Asteroid might finally mean the end of those annoying Black Friday mall crowds!

Until then, you’re just going to have to suck it up and pay under the regular system. But there’s good news, too. For starters, about half a penny out of every tax dollar goes towards NASA, including their efforts to defend us from killer space invaders. And second, you don’t have to launch a rocket to nudge your tax bill down, sometimes by a lot. So, call us before the air raid sirens start blaring, and let us help you prepare for some more predictable financial threats!